For years I had toyed around with the idea of starting some type of food truck but nothing really stuck. How on earth did I land on serving soft serve ice cream in a 1970’s trailer? No idea really. There wasn’t a moment where I just knew or it wasn’t this light bulb moment where the idea came to me. It happened much slower than that. So slow that I didn’t even know it was happening. Every job, every move, every failure, every moment was leading me to where I needed to be. I believe I manifested this from years of asking the universe for something that was mine. The honest answer is I got out of my own way. Out of my own head. I stopped thinking for just long enough for the universe to do it’s thing! Ya, there were many WTF am I doing moments. Times when I wanted to stop and say nope, I can’t do this. I can’t figure this one out. Who the heck do you think you are? Why can’t you just be happy being a stay at home mom? Why do you need more? You don’t have a business degree.

I remember a moment when we were trying to install the ice cream machine and power everything with the generator (ALL FOR THE FIRST TIME). There we were more than half way through summer (Aug 9th, 2019 was my first day of sales), our original budget was doubled if not tripled, and I was realizing I had actually never put soft serve ice cream on a cone before. I was in a panic…I thought I had made a huge mistake. I thought maybe I put my family in a bad position. I thought, man I’m not built for this. The fear of failure and trying to be “perfect” at something I had never done before was paralyzing. I asked my husband several times that if I messed this all up would he still love me? Fortunately, for me he said “of course hunny”, Gave me a hug and said “you got this”! And we kept putting one foot in front of the other.

I didn’t do any market research or even write a business plan (not recommended, I had one I just kept it all in my head), I just had the mind set if I build it they will come. Just make something that I would want to eat or create a business that I would want to support. I wanted to do things a little different from the very beginning. I knew that if I focused on giving more than you receive, focused on quality, showcased as much local goods and services as possible, it would make a difference. I learned very early on that people noticed, my customers actually noticed everything. From my handmade sauces made from fresh local berries or my decision to use wooden spoons. My customers continued to show up, again and again, they became regulars, they have become my friends. They have joined me on this journey of business, but also life and motherhood. Supporting me, encouraging me, offering to help me – WHO DOES THAT? The people in my community that’s who.

I will NEVER forget the moment that I realized it was so much bigger than just ice cream. I was having technical issues. I was trying to keep it together I wanted to pack it all up and head home. It wasn’t going perfectly my way. Then I over heard one of my customers saying to another customer that she hadn’t had peaches like that since her Grandma and the whole time she was eating my ice cream she thought about her Grandma. THAT’S WHAT I LIVE FOR! In that moment I knew. I knew if I kept being me, real, authentically me everything would work out 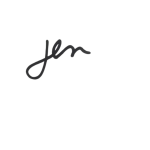 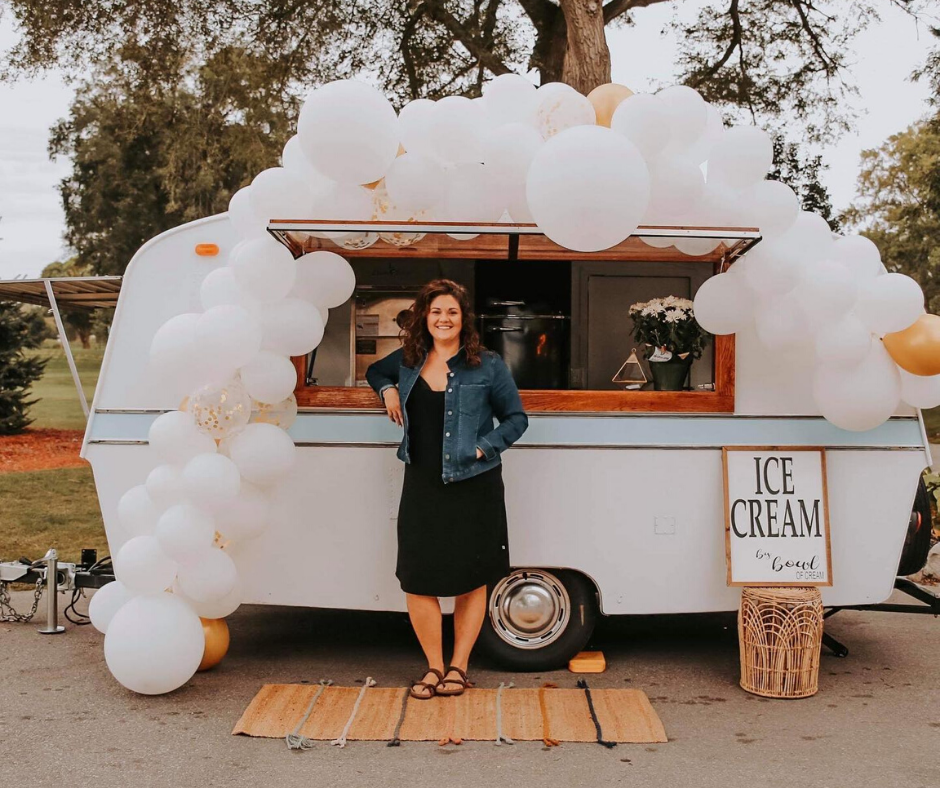 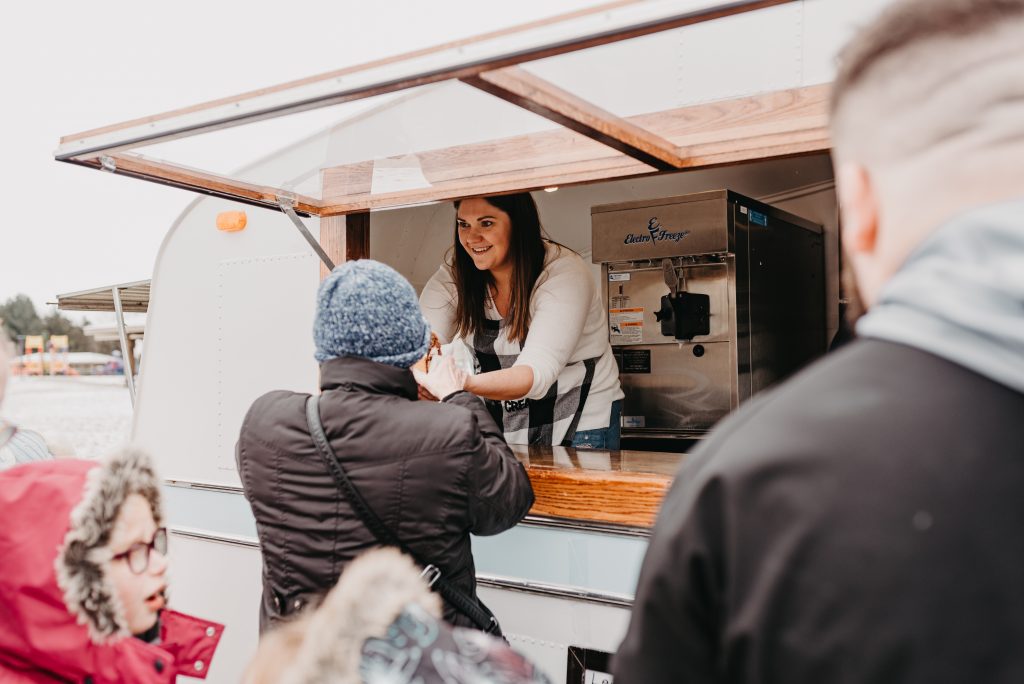 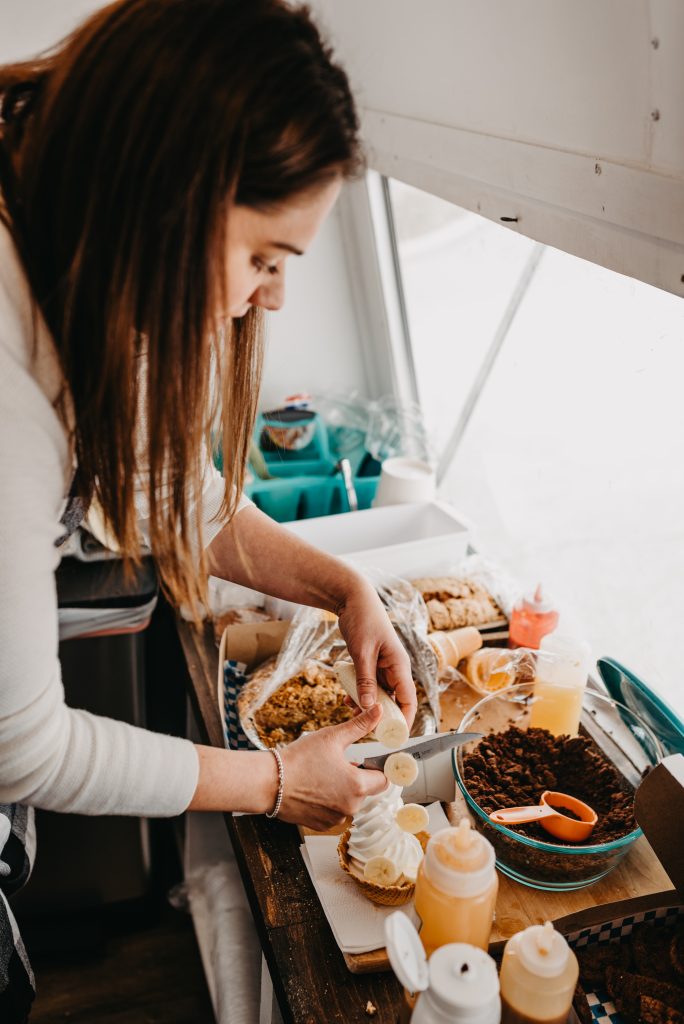 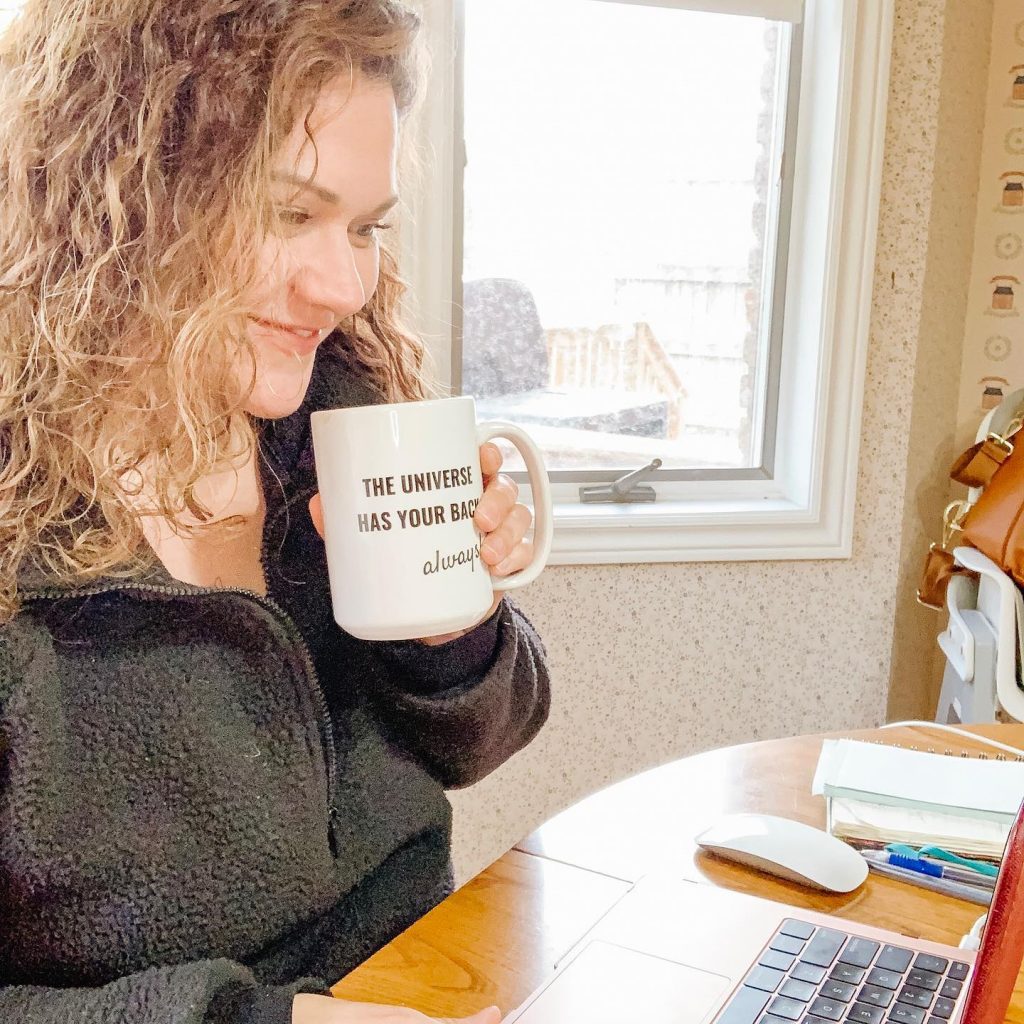 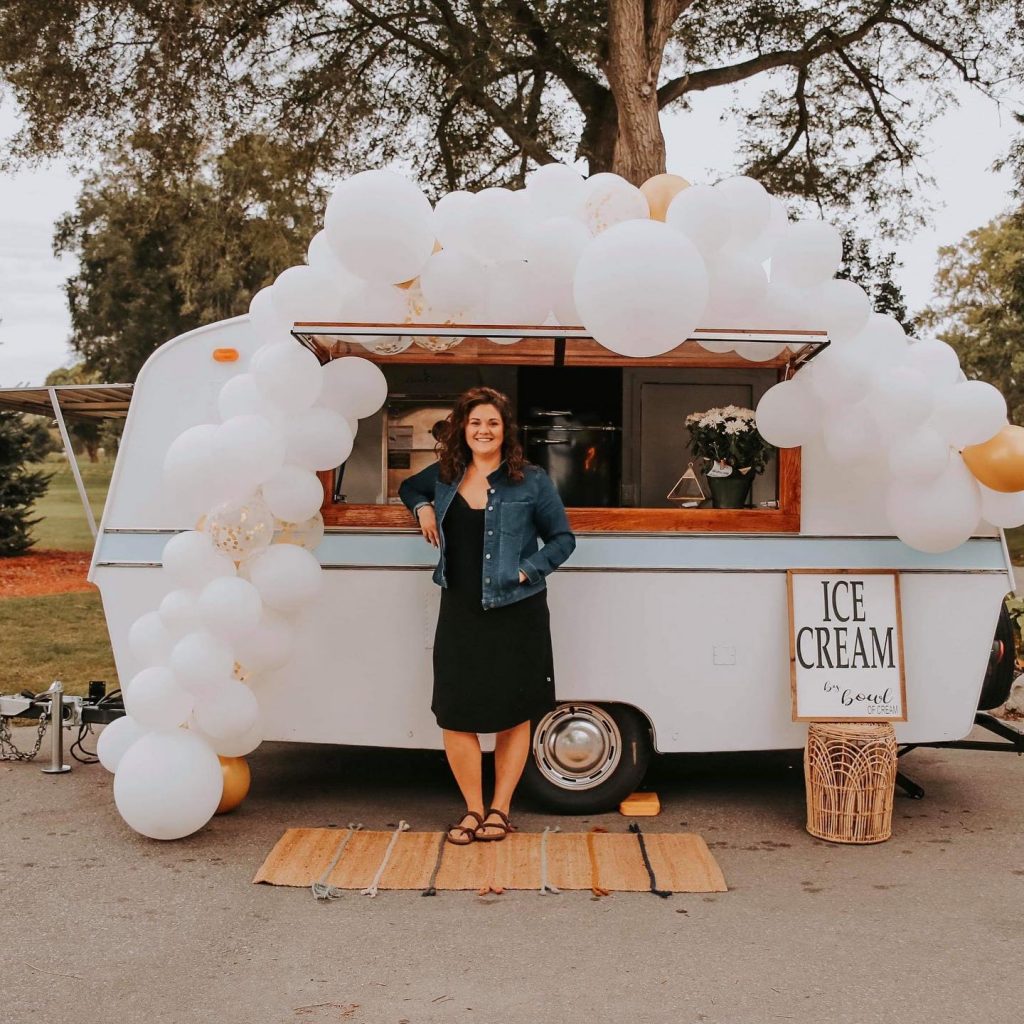 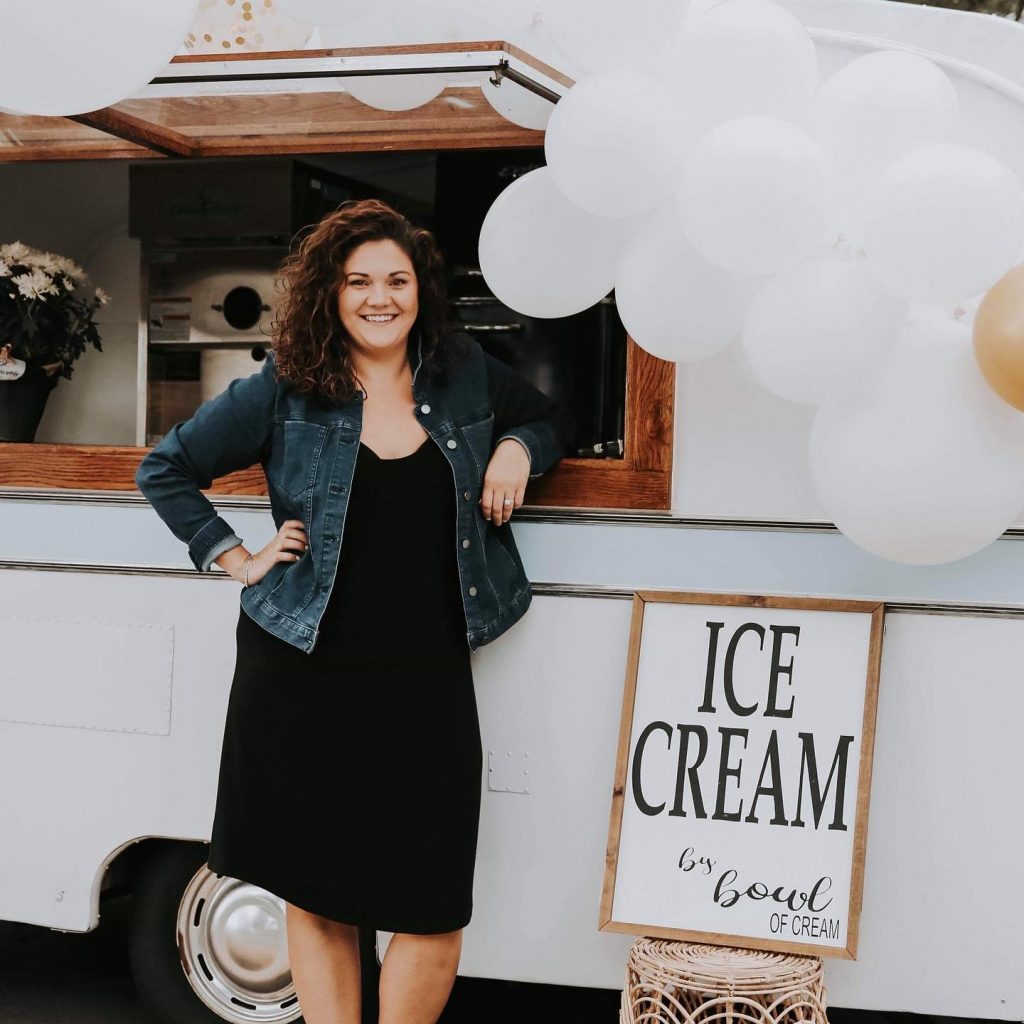 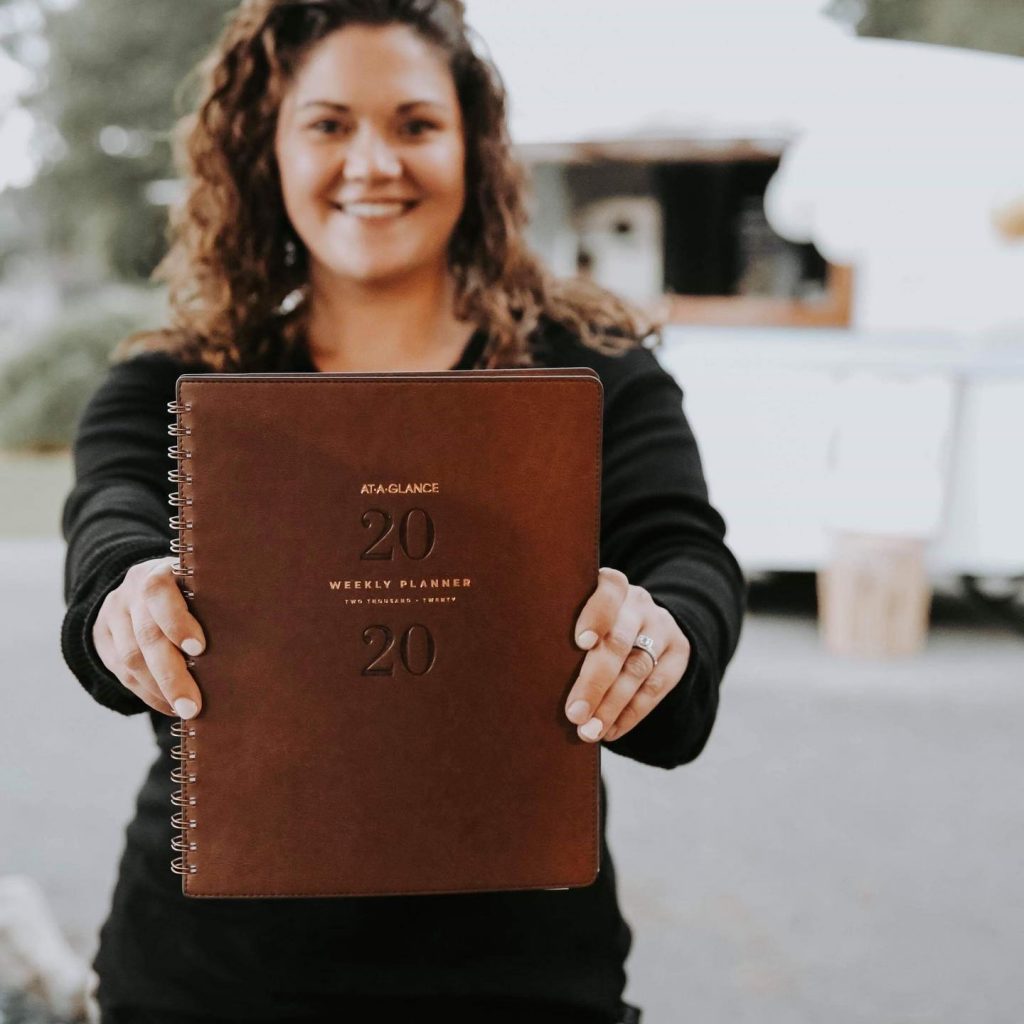